How Downtown Organizations Work Together

Because it is a separate entity and not strictly part of the City, the DDA can levy up to 2 mills in ad valorem taxes against downtown property owners. The general obligation of the DDA is to formulate a long term plan for improving property values and developing the downtown area, recommend the best way to implement the plan to the Mayor and to downtown businesses and residents and then take suitable actions to accomplish it. So the DDA is both an advocate to the City on behalf of the downtown residents and businesses and an entity with the funding to get things done within the downtown area. The Mayor appoints the members of the DDA Board and can assign special projects to the DDA with its consent.

If you own property within the Downtown District Boundaries, you pay a special tax equal to $1 for every $1,000 of property value (1 mil). For example, a condo assessed at $500,000 will pay $500 annually. If you rent a property, the owner of your building is paying the special tax.

The DDA is legally allowed to levy a 2nd mil of property tax; however, since 2006 the 2nd mil has been paid by the City’s Community Redevelopment Agency (CRA) through an "interlocal" agreement between the City, CRA, and the DDA.  The CRA is a tax increment funded agency that also serves Downtown by facilitating redevelopment to improve the economic vitality and quality of life in designated areas. 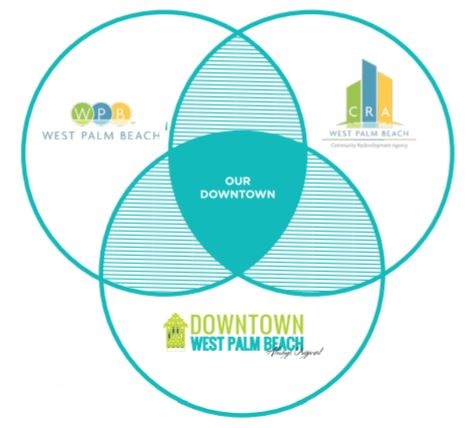